This job is no longer accepting applications.

Our mission is to accelerate the adoption of cryptocurrency so that you and the rest of the world can achieve financial freedom and inclusion. Founded in 2011 and with over 4 million clients, Kraken is one of the world's largest, most successful bitcoin exchanges and we're growing faster than ever. Our range of successful products are playing an important role in the mainstream adoption of crypto assets. We attract people who constantly push themselves to think differently and chart exciting new paths in a rapidly growing industry. Kraken is a diverse group of dreamers and doers who see value in being radically transparent. Let's change the way the world thinks about money! Join the revolution!

This is a fully remote role, we will consider applicants based in North America, South America and EMEA

Our Engineering team is having a blast while delivering the most sophisticated crypto-trading platform out there. Help us continue to define and lead the industry.

As part of Kraken's Core Backend team, you will work within a world-class team of engineers building Kraken's infrastructure using Rust. As a Backend Engineer, you help design and implement new services, and port legacy ones into Rust. You will work on projects through their lifecycle, from their initial requirements, implementation and up to production.

We’re powered by people from around the world with their own unique backgrounds and experiences. We value all Krakenites and their talents, contributions, and perspectives.

Your application has been successfully submitted. 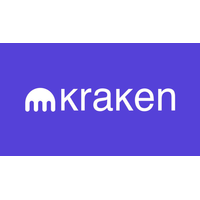 We put the power in your hands to buy, sell and trade digital currency.